This is a question that archaeologists and anthropologists have so far had to give up, unable to give an exact answer to that question, one can only confirm based on a few hypotheses. on artifacts or documents found.
For example, archaeologists in Greece have found earthenware jars and shells buried deep under many layers of soil, probably due to earthquakes. Using archaeological methods to calculate the age of these artifacts, they learned that they were made 5,000 years ago and that in those wine bottles, they found wine residue left over. 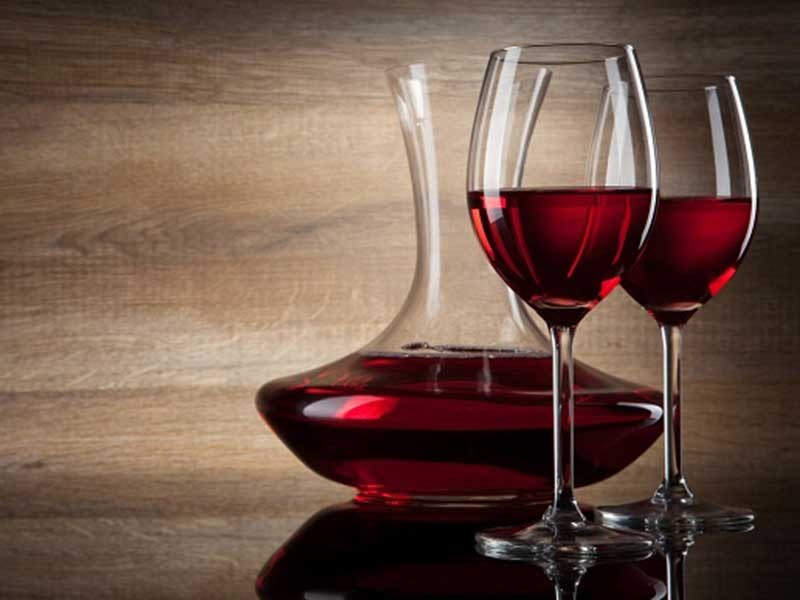 On the walls inside the pyramid where the ancient tombs of the Pharaoh who ruled Egypt about 4,000 years before the birth of Christ, people can see pictures of people picking bunches of fruit. Grapes are pressed for water, then fermented to make wine.

As a result of research through an extensive genomics project in 2006, a team of scientists from the US, Canada, Denmark, France, Italy, Israel, and Georgia analyzed more than 110 modern and republished grape varieties. shows the origin of wine in the Southern Caucasus region (Georgia) and people have been drinking wine since long before, more than 8,000 years ago In ancient Greece, wine was praised by poets, historians, and artists, frequently mentioned in the writings of Aesop and Homer. In Greece at that time, wine was considered a privilege of the upper class. Dionysus, the god of wine, is not only a symbol of the power of wine, he also replicates the great influence and benefits of wine to society. He is seen as a promoter of civilization, a legislator, and a peace-loving man – as well as the patron god of agriculture and other theatres. However, according to the ancient Greek historian Thucydides: “The peoples of the Mediterranean region began to appear barbaric when they began to learn how to grow olives and grapes”

According to the legend of the origin of wine:
☘️A legend originates from a passage in the Bible that tells that Noah and his son, after picking ripe grapes, pressing them to drink, forgot after a while forming a completely different kind of water. From the smell to taste, the more he drank, the more delicious he felt, accompanied by a feeling of ivory, lightheadedness like a person walking on a cloud, so he kept his lips soft and drank until he fell asleep, then took a long, refreshing sleep. And from that day, in order to have the drink that brought him so much pleasure, he kept pressing the grapes into the water, then storing it in a cool place for it to ferment, so that he could take it out and drink it from time to time. Thus, according to this legend, Noah was the first person who accidentally discovered how to make wine.

One story concerns the legendary Persian king Jamshid and his harem. According to legend, the king banished one of his wives from the kingdom, causing her to become depressed and want to commit suicide. She went to the king’s storehouse, she found a pot marked « poison » on it, which contained leftover grapes that we’re spoiled and she thought it would not be drinkable. But what she didn’t know, « rotten » grapes were actually the result of yeast’s fermentation that turned grapes into wine. After drinking the so-called poison grape juice, she discovered its effects, which helped her feel better and boosted her spirits. She offered her discovery to the king, who immediately became infatuated with the new « wine » drink, he accepted her return to the harem and ordered that all grapes are grown in Persepolis be used for making wine. While most wine historians consider this story merely a legend, there is archaeological evidence that wine was widely known and traded during the time of the first Persian kings